The Mölkky game is suitable for the whole family. Scoring of the game is recorded on the scorecard. 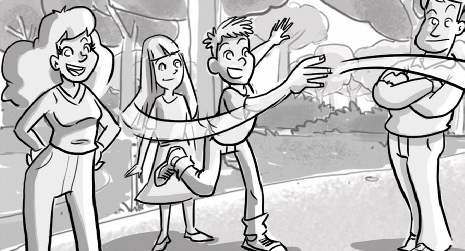 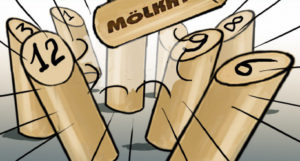 Beginning the game:
First player throws at the grouping and tries to knock over pins. Mölkky is always thrown underhand.

Fallen pin:
A pin is not considered fallen if it is leaning on another pin or on the Mölkky throwing skittle. After a throw, fallen pins are put upright at the place where they fell.

Ending the game:
If a player misses (has no score) three times in a row, he/she is out of game and acts as the scorekeeper. The game ends when the first player reaches exactly 50 points. If one scores over 50, that players score is lowered to 25. 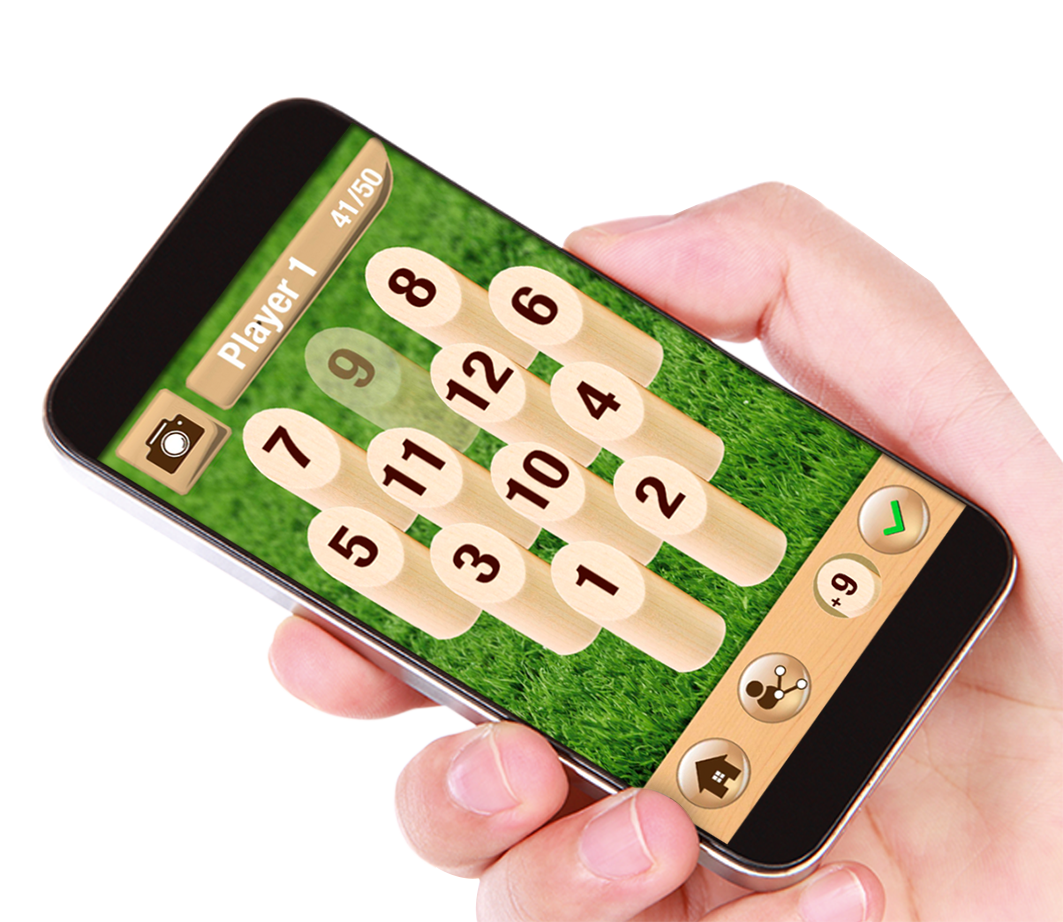 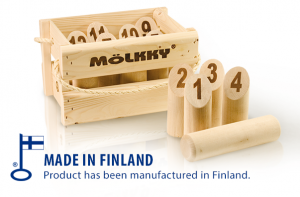 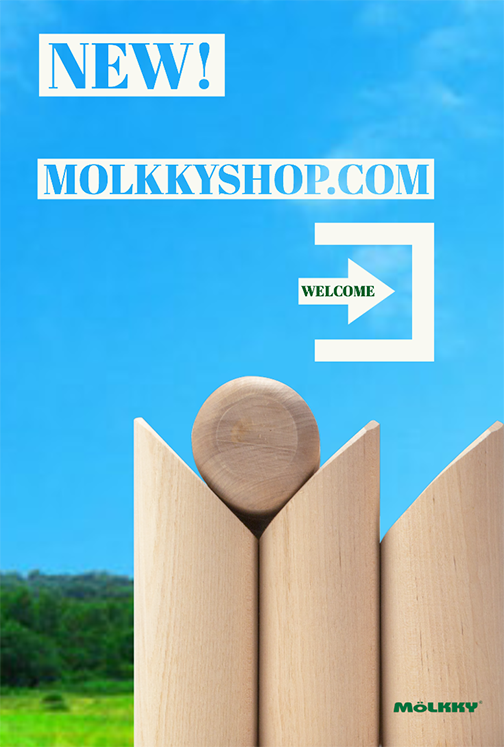